Dermatologists have been eliminating fine lines, wrinkles, sun damage and other undesirable skin conditions with help of resurfacing lasers for years.

We have the following fractional resurfacing wavelengths available:

Fractional Thulium is a non-ablative laser treatment that is used for complexion blending. It strengthens skin and gives it a freshness that very few other treatments can do and is also the medical laser of choice in the treatment of Actinic Keratoses – a crusty, scaly growth caused by damage from exposure to ultraviolet (UV) radiation and the early signs of skin cancer.

It treats sun damage, known as “actinic damage”. Take note that the laser does create some downtime, which needs to be taken into consideration.

One of the unique key indications of Fractional technology is that it offers a solution for treatment areas that have been untreatable in the past, such as the neck, chest, arms and hands. 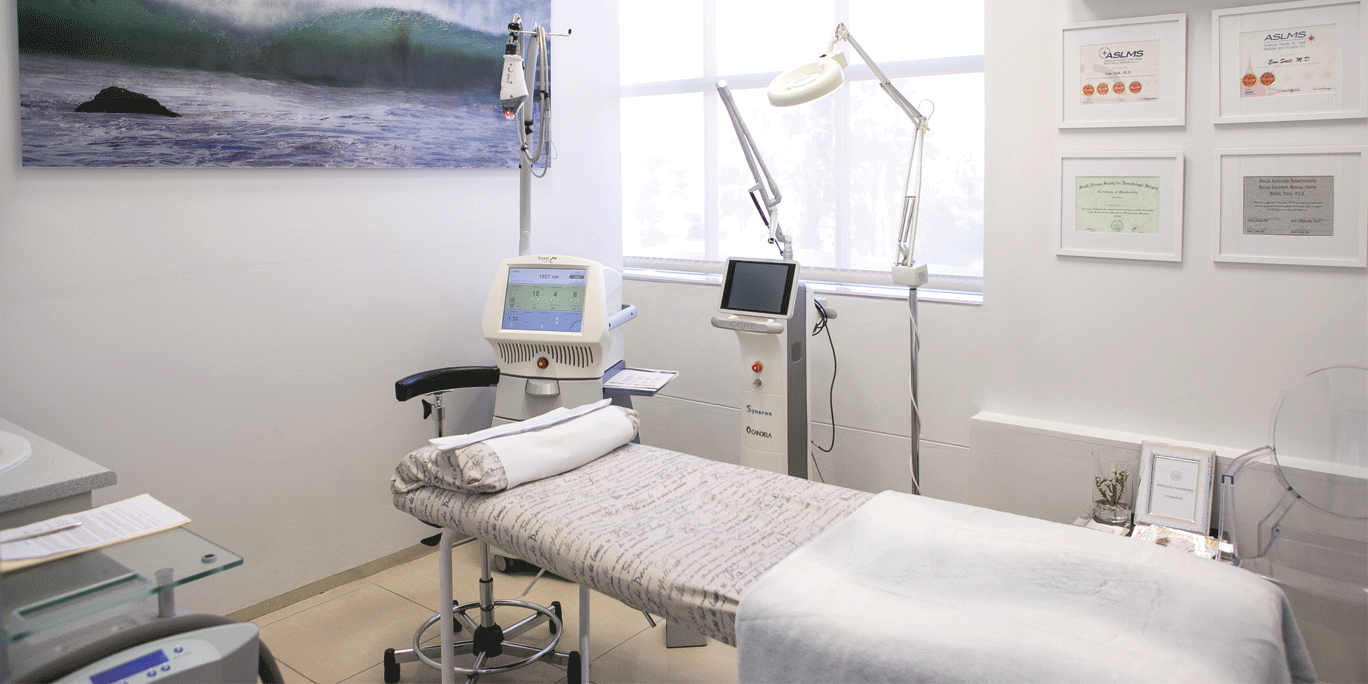 Safety is a key feature of Fraxel technology that has not been overlooked. In most patients, it can achieve 20-40% of the results of standard laser resurfacing (with minimal downtime and side effects). The technology is highly advanced and many safeguards have been built into the system, enabling us to treat a wider range of skin types.

This treatment fits into its own niche between the less aggressive microdermabrasion and Photofacial on one hand, and standard ablative laser resurfacing on the other. The treatment area acts as a computer screen with many pixels that are unable to be seen with the naked eye. Only a “fraction” of the pixels (17-20%) are affected with each treatment. With 80-85% of the face untreated, the healing is rapid, safety is guaranteed and the downtime minimised.

Who is a good candidate?

Who should not be treated?

How often should I be treated?

Treatments are classically repeated every 4 weeks so that eventually the entire face, neck, chest and hands can be treated thoroughly. Therein lays the basis for the development of fractional resurfacing. Take note that the more aggressive the treatment and the higher the fraction treated with each treatment, the more downtime the patient can experience.

What should I expect?